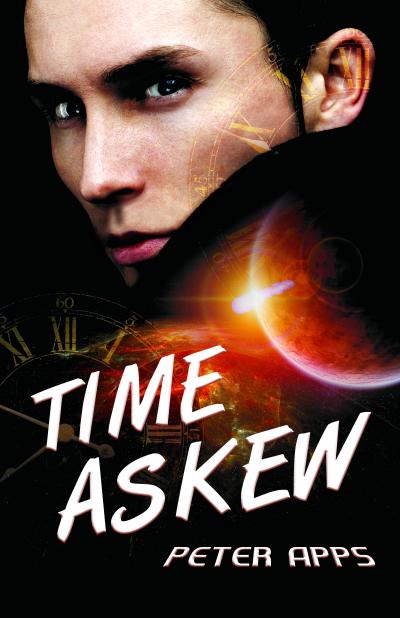 Stuart lives in a quiet village with his partner, enjoys a pint in the pub like most of his friends and like all young men he manages to get into trouble.

It's work that makes him different. He commutes to a different galaxy each day, works on a space station and unlike most young men his way of getting into trouble is to have a collision with another time machine while travelling back to find Captain Cook.

He finds himself trapped in a parallel universe and it takes all his efforts to put right the damage done by the accident.

Enjoy this sequel to The Long Way Round where he learns something about his friends and finds time to make new ones, not all them human.

Stuart was not only feeling bored and restless, but also he felt guilty for feeling so miserable. He was drifting across Endeavour, the space station he had helped to build, watching as his partner worked with a group of Terzon scientists launching a new set of probes. He could have helped. He still enjoyed working alongside Brian, and they would be talking about the day’s events when they got home again that evening, but the truth was he had little to contribute. The others were all experts in various fields and were content to follow a logical and systematic approach while Stuart had received little formal training and tended to act on impulse.

He knew that Brian was getting worried about him, and he realised that he had to do something. Stuart had been attracted to Brian ever since he had moved to the village. He had tried to take an interest in science to see more of Brian, but it was only when Stuart had looked after Brian, after he had been injured in one of his experiments, that he had become involved in Brian’s project, and they had eventually set up home together.

He thought about going to Terzon. He could find a beach in an afternoon time zone where the sun was shining and go for a swim. Alternatively, he could head back to his home on Earth and visit his mother. Heading for the portal and adjusting the controls, he stepped through to their base on Terzon and went looking for Spock.

Spock and Stuart had been friends ever since they had first met. It was an unlikely friendship considering that they lived two and a half million light years apart in different galaxies and were also as emotionally different as you could imagine. They had met when Stuart, his father and Brian had begun using the portal to explore the Andromeda Galaxy.

The portal could fold space bringing two distant points together. Imagine a piece of paper with two dots on it. Now slide the edges of the paper together so that the paper folds bringing the two dots together. When they are close enough, stick a pin through the paper and join the dots. If the paper is two dimensional and folds through the third dimension, then the portal folds our three dimensional universe through four, five or even six dimensions allowing two distant objects to be joined by the portal like the pin joins distant dots on the paper.

The portal consisted of an enormous cylinder divided into three sections by bulkheads, which were connected by an airlock. The centre section held the equipment that generated the fields while the outer sections provided access. The remote end was considerably weaker than the local end or the airlock. The theory was that if the remote bulkhead was damaged or destroyed then the field generators would also be wrecked and the field would collapse, allowing the portal to re-materialise back at their base.

Terzon was the first planet they had discovered with an advanced civilisation. In his excitement, Stuart had fallen out of the airlock cutting his head and Spock had run to his rescue. Spock had given Stuart a translator, which locked onto the speech areas in his brain. The translators communicated with each other and had picked up on Stuart’s amusement at the alien’s logical approach. The name, Spock, had surfaced to the top of Stuart’s mind, and he had been tempted to use it. The alien had not only accepted the nickname because his real name would have been extremely difficult to pronounce without understanding his language first, but also had greeted Stuart by holding up his hand and saying. “Live long and prosper.” 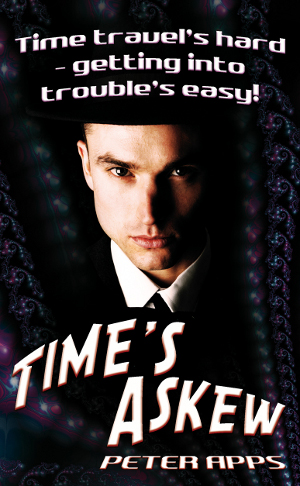 Originally the sequel to The Long Way Round was going to be published by the same publisher.

Although they produced the front cover and released advance details, the publisher changed their minds. Instead the book is being released by TAU Publishing UK.

There are slight differences between the books. One is that I've dropped the " 's " from the title.

The cover on the left is the old book which will not be published. Hopefully it will disappear from view over time but I have no control over it.

Please do not try to order it. Look out for the version on the right.